NEW YORK – Archbishop Elpidophoros announced that  Archdiocese’s efforts to complete the Saint Nicholas National Shrine have received new impetus with the debut performance of Yiannis Hadjiloizou of Cyprus conducting the Athens Philharmonic on Thursday, October 10, 2019 at 8 PM in the Stern Auditorium / Perelman Stage at Carnegie Hall. All proceeds will go to the rebuilding the Shrine.

“As you know, I have made the completion of Saint Nicholas the top priority of my ministry as your Archbishop. This will require the combined efforts of our entire Community. It will be my pleasure to attend the Carnegie Hall Concert, which marks the coming together of Greece, Cyprus and America in support of our efforts. I urge you to also attend or otherwise support this event,” Archbishop says in a press release. 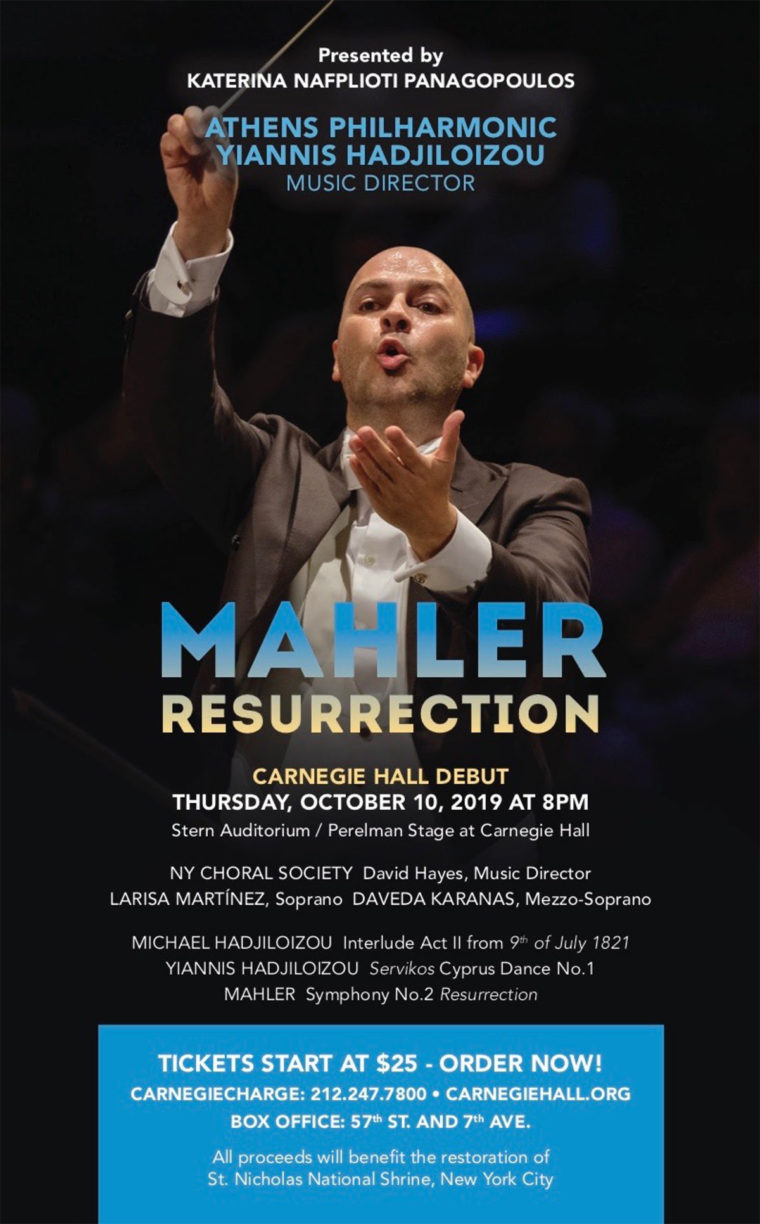 “The generous initiative of Ms. Katerina Nafplioti Panagopoulos, recognized by the Greek State as Honorary Ambassador, has made this possible. Her production will feature Mr. Hadjiloizou, an accomplished conductor, composer and pianist, who has performed in more than 30 countries, conducting Gustav Mahler’s Symphony No. 2, “Resurrection” on the same stage where Mahler himself conducted his final concert.

“Opening the program will be the Interlude from the 9th of July 1821 opera, composed by Michael Hadjiloizou, the conductor’s father, widely considered Cyprus’ National composer. Following this, the program includes the conductor’s own Cyprus Dance No.1, Servikos.

“The Concert gives us a unique opportunity to celebrate our Hellenic Heritage while at the same time advancing our goal.

“I am confident in your desire to make this event a great success and I look forward to personally welcoming you.” 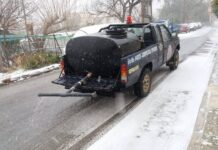 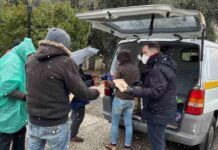 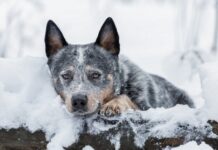 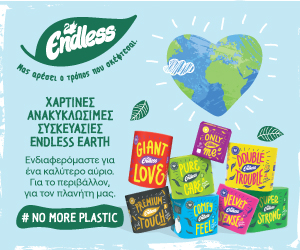 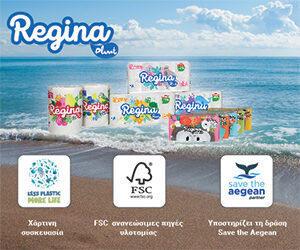 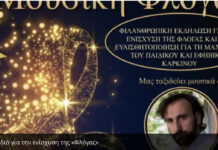 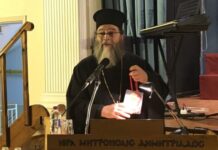 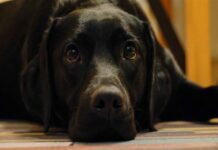 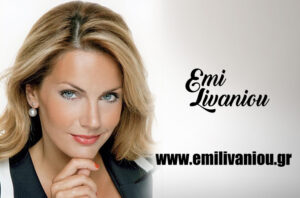